The eponymous 7 Walkers album has been in constant rotation in my car stereo this summer (my iPod recently took a suicide dive at the gym, unfortunately for me… and my iPod).  The album has the perfect summertime down-South kind of feel.  Not only does it make me feel like I could be driving down to the bayou in Louisiana instead of the beach in New England, but I find every song to be endlessly interesting.  There’s always something more subtle to notice about a track, or a new lyric that speaks to me. Each song is distinctive enough to appreciate but each contains the same Southern sparkle.

Even in grey downtown NYC last Friday, the 7 Walkers were able to channel that Summertime sunshine.

The cool thing about the City Winery is that it’s a restaurant and bar, too.  I arrived an hour before the show and dined on crispy chicken and grilled cactus (!). 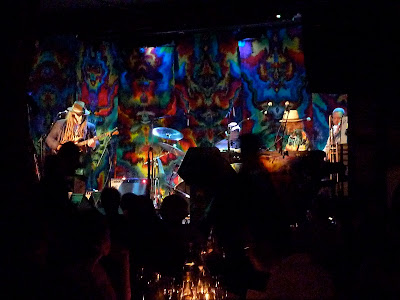 When the band came out, they began with a warmup jam, creating space and mood for their music to flow.  After a few minutes, they sidled into the classic Grateful Dead tune He’s Gone.  Papa Mali and Matt Hubbard, the keyboard/harmonica/trombone/organist, shared some sweet vocal harmonies during the choruses.

Sue from Bogalusa revved up the slower mood by injecting a youthful energy to the show.  It’s a song about lighthearted puppy love that has a distinct Southern twist.  The driving music is a blend of old time rock’n’roll (think: the Twist) and blues.  Rockin’ guitar and harmonica solos totally brought it home. 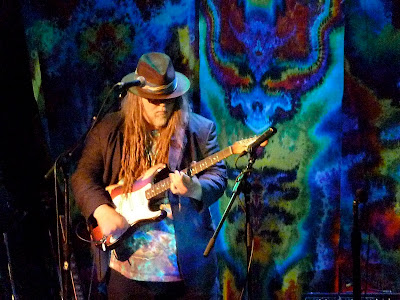 The next two songs were covers – the bass player, George Porter Jr., belted the Meters’ I Just Kissed My Baby while Papa Mali artfully copied the funkadelic guitar licks.  Despite sitting on tall, uncomfortable bar stools, we all managed to groove pretty hard to that one.  Bob Dylan’s song Positively 4th Street was especially appropriate when performed so close by to the real thing!  This cover was modeled more after Jerry Garcia’s version than the original. 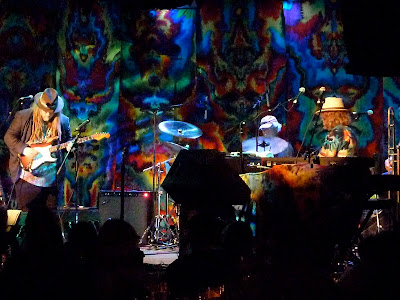 For those of us who were still in our seats, an energetic I Know You Rider did the trick.  The bluesy Southern twist was played up with a slide guitar and thumping piano accompaniment.

The psychadelic rocker Let the Good Times Roll was led by George Porter Jr. again, while he belted out the soulful verses in true Hendrix style.  The song was expanded with a rhythmically complex drum solo from Billy Kreutzmann. 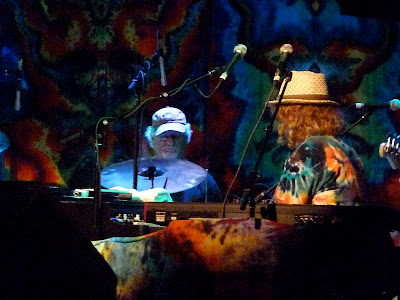 After we got some good old fashioned covers out of the way, the band returned to some of its own material, including King Cotton Blues.  The music ambled through the winery with its own time and its own agenda – delicate jazzy organ licks layered over Papa Mali’s seasoned voice and the bass strove on to drive the piece.  There are some songs that are way better in concert than on the album, and this is one of them.  Everything seems so much more alive.  (How ironic, then, that the song is about execution?) Matt Hubbard left the organ and pulled out a trombone, which he promptly used to blast the circusy outro, which gives a totally different type of sound from the album’s version of the song.  A treat! 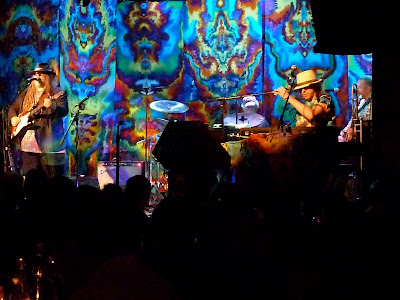 During New Orleans Crawl, a soprano sax player joined the band and gave a solo, which was artfully turned into a duo with Matt Hubbard on the trombone.  It was beginning to look like a regular N’Orleans brass band!  After a few verses that showcased some nice vocal harmony, the guitar, bass, keys, and soprano sax traded solos again.  I like the taste of New Orleans jazz world that the 7 Walkers bring to their shows, especially with this song.  It’s on my bucket list to visit the Southern city one day for its jazz (and food – let’s be honest). 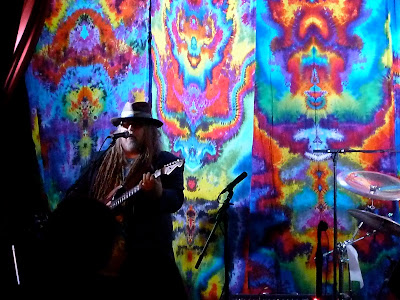 A long, slow-moving and slightly-jazzy organ solo lead into the encore, 7 Walkers.  Papa Mali sang the tune with some true soul – with a little help from Robert Hunter, the lyricist.  Even after all these years, these lyrics prove that he can still spin magic.

Elizabeth loves all types of music (or at least the good ones). She can usually be found working for the weekend. For now, she bides her time in western Massachusetts until she can snatch a B.A. and scurry back to the Big Apple. Or maybe somewhere in Vermont.